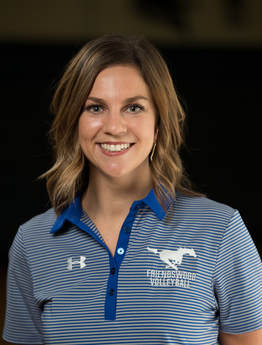 Shayna Sauers is beginning her ninth year of teaching and coaching at Friendswood High School. Coach Sauers comes to Friendswood from Orange, Texas. She graduated from Little Cypress-Mauriceville High School and was a three year lettermen for both the volleyball and soccer teams. She attended Galveston College where she played as a defensive specialist for two years before transferring to Lamar University. Coach Sauers graduated Cum Laude from Lamar University with a Bachelor’s degree in English. In addition to coaching volleyball, Coach Sauers teaches ninth grade English. She resides in Santa Fe, Texas with her husband, Ryan Sauers, and four kids, Preslyn, Beckett,  Saige, and Bryson Sauers.
​
​ 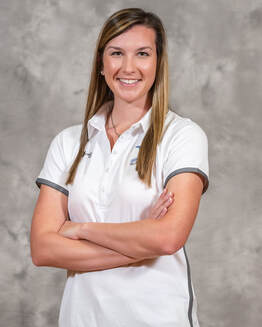 Tiffany Blevins (Thomas) is beginning her fourth year as a teacher/coach at Friendswood HS. As a mustang alum, Blevins graduated with the FHS class of 2012. She was a 4-year letterman in volleyball and 3-year letterman in basketball. Her first two seasons at FHS saw her teams take home the district championships. She coached the Freshman A team at Clear Creek High School from 2017-2019, placing 2nd in district both seasons. She coached at the 17’s/18’s level for Houston Stellar Volleyball Club and is currently a beach coach for Houston Stellar VB. Prior to her coaching career, Blevins played as an outside hitter at Louisiana Tech University for 1 year before transferring to Southeastern Louisiana University to play her remaining 3 years of eligibility for indoor. While on the volleyball staff at Houston Baptist University, she received an extended offer to obtain her Master’s degree and play 1 year of Beach Volleyball for the Huskies. She graduated from HBU in 2017. Coach Blevins is married to her husband Cody and welcomed their first daughter in August. ​ 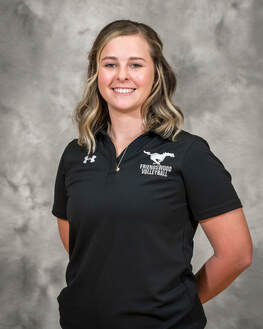 Bailee Berringer is beginning her second year of teaching and coaching at Friendswood High School. Berringer graduated from Dickinson High School and was a four year letterman in volleyball. She received all-district and county awards while playing at Dickinson High School. She was named in the VYPE Magazine top 50 players in Houston. She played at Absolute Volleyball Academy for ten years. She competed at the Junior Olympics in Open division for two years while at Absolute Volleyball Academy. She attended Mississippi College where she played as a setter for two years and earned NCAA All Region Team in 2015. She returned home to complete her Bachelor’s of Psychology at the University of Houston. She is currently coaching for Absolute Volleyball Academy.  She resides in Galveston, Texas.
Powered by